I Autonomic Session of the European Parliament Model 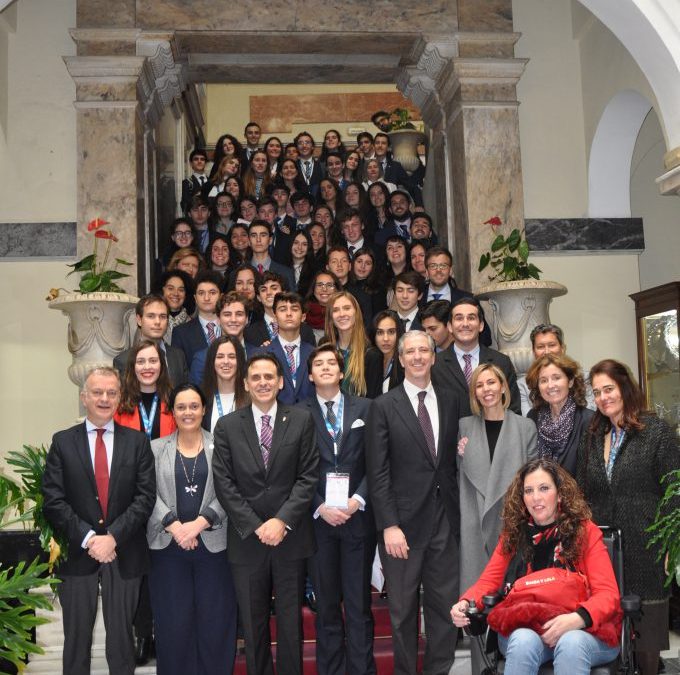 This weekend we celebrated the I Autonomic Session of the European Parliament Model, an event launched and organised by the San Patricio Foundation at a national level and who have supported us in order to do so at an autonomic level.

We counted on the participation of schools and pupils from Andalucia and the Canary Islands to whom we are very grateful for their interest and involvement.

During the entire weekend, pupils have been debating and defending as true parliament members addressing social interest issues, such as the environment, human trafficking, the bitcoins and the European demography. Issues these youngsters are passionate about as they proved in their various interventions. The frits intervention, on Saturday in the Plenary meeting room of the El Puerto de Santa Maria town hall, where the opening session was held before the Mayor Mr. Germán Beardo, the education councillor Mrs. Lola Campos and Mr. Antonio Sanz, deputy councillor of the Presidency of the Junta de Andalucia. The second intervention took place on Sunday in the Plenary meeting room of the Cadiz town hall, with the collaboration of Mr. Pablo Arias, member of the euro parliament and various representatives of the town hall.

We hope to continue with these sessions, and we encourage all Schools of Andalucia, Canary Islands, Ceuta and Melilla to participate next academic year! 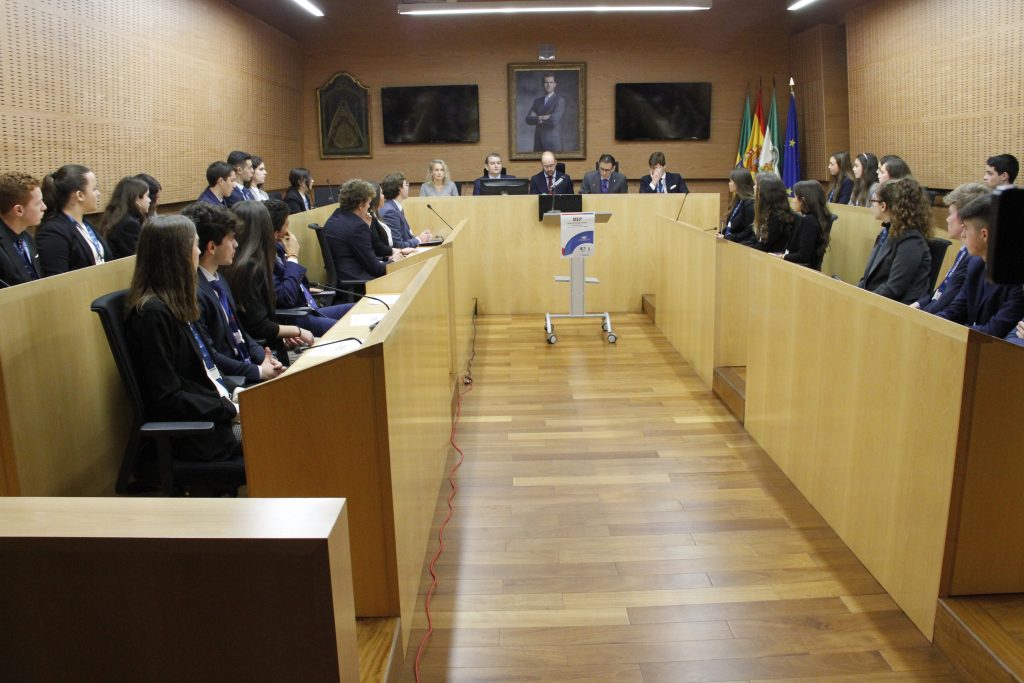 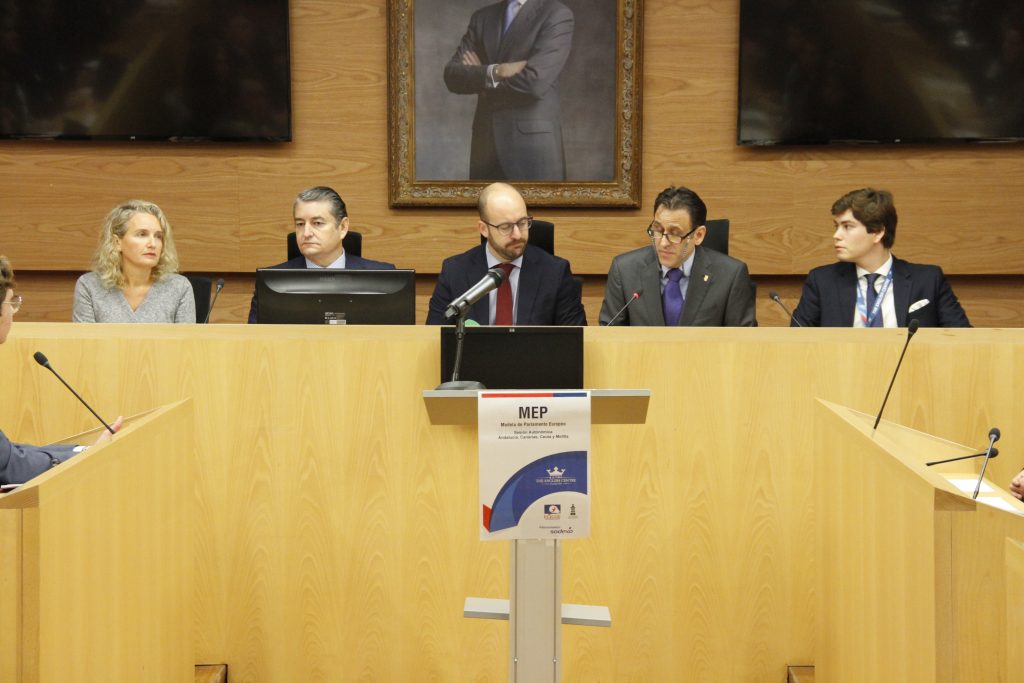 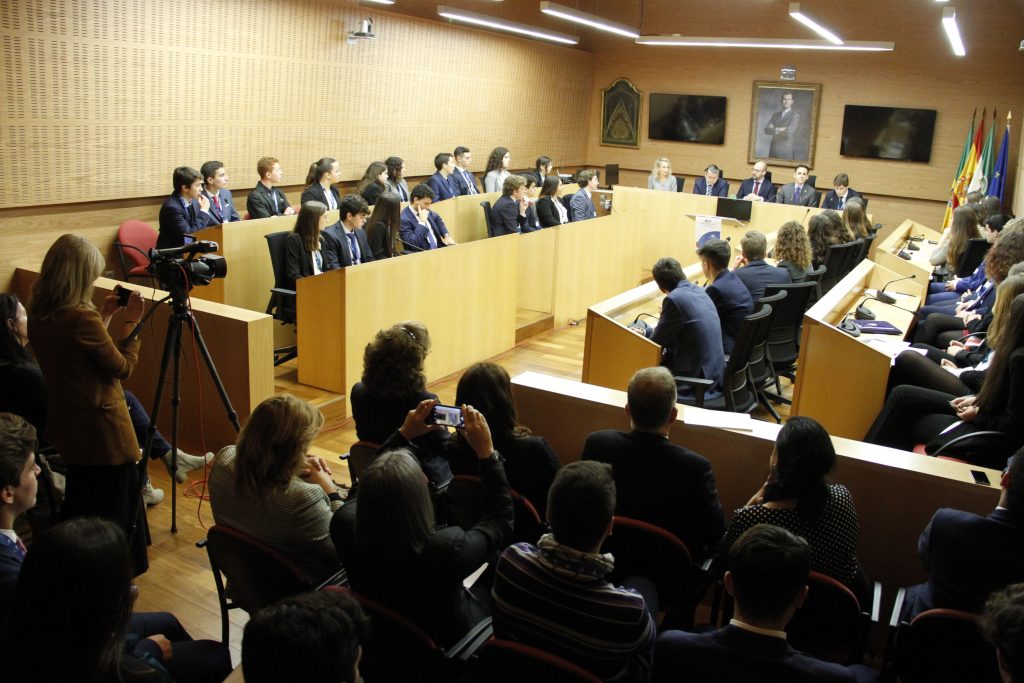 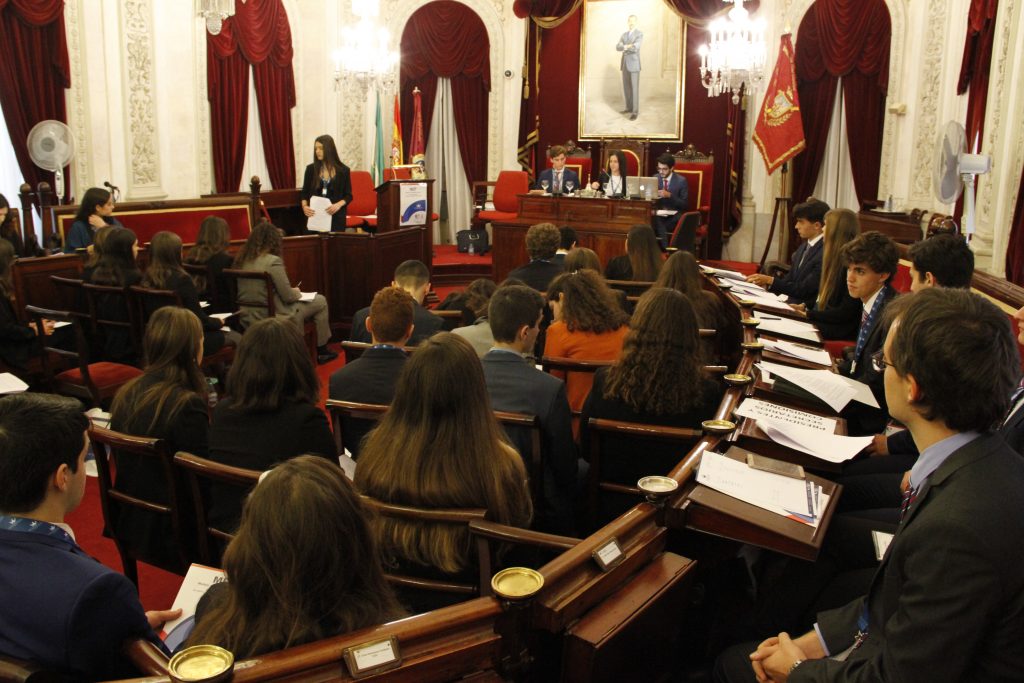 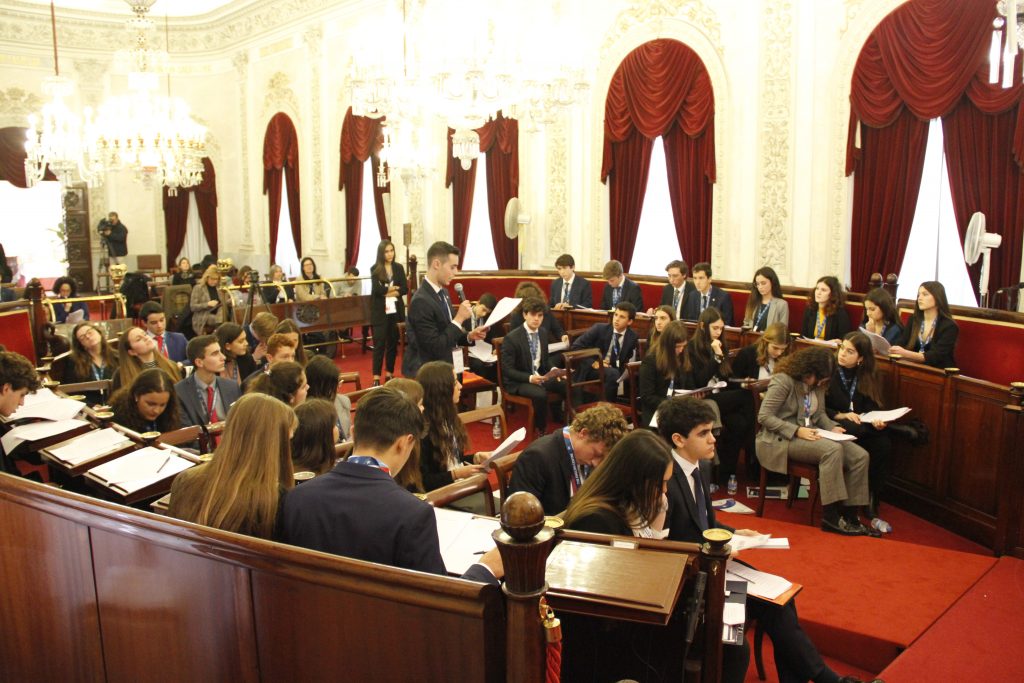